Chef Chris Cheung is a New York native and grew up in the heart of Chinatown.  He was brought up around great Cantonese food and this is where he undoubtedly picked up his affinity for Chinese cuisine.  He studied cooking at The New York Restaurant School and graduated with honors, and right out of school he started working for Jean Georges Vongerichten at Vong, the first upscale Thai restaurant of its time.  From there, he went on to open Nobu as part of the original kitchen staff cooking with Morimoto, "The Iron Chef".  Later, he became part of the opening kitchen staff at Jean -Georges, cooking alongside Wylie Dufresne and Dider Virot.  "I feel blessed to have started my career cooking with such iconic chefs and working in those 4 star kitchens really inspired me and taught me to respect the craft."..  Chef Chris Cheung

He soon became an established chef in his own right.  As a member of the BR Guest Group he became the chef of Ruby Foo's. He opened his own restaurant Tiger Blossom and William Grimes the NY times food critic at the time wrote, "(chef Cheung)...uses the vast expanse of Asian cuisine as a palette of exotic colors."  He also in 2008 took over the kitchen of the world famous Monkey Bar where he showcased modern Chinese dishes.

His inspiration for Chinese cooking took him to Shanghai where he prepared banquets in the country side farming and fishing villages. There he learned the nuances of Shanghai cuisine and was blown away by its farm to table and sea to table style of cooking.  "In China, I cooked what we picked from the farm that morning, killed our own chickens, and what we fished from the sea that day. There was only one pipe for water, no electricity, and none of the food ever saw the inside of a refrigerator. It was amazing!"  He then returned to New York and worked with a dim sum master, chef Lam who helped him refine his knowledge of Hong Kong cooking.

He's had fun on TV as well. He competed on The Food Network's Next Great Chef, and on Esquire's Knife Fight (where he won a cheap knife!). He had the privilege being Anthony Bourdain's guide to NYC's Chinatowns on the hit show No Reservations.

He formed the Asian Food Mafia with today's most outstanding chefs and has developed an influential voice in the evolution of Asian cuisine.

He has won the YPX award from the Museum of Chinese in America, and Best New Restaurant 2017 from Thrillist for his work in Nashville for Tansuo with Maneet Chauhan.

He is the Chef and owner of East Wind Snack Shop, with locations in Brooklyn.  His focus on "chasing the perfect dumpling" have many critics very happy.  "Absolute Best Dumplings in NY", and "Absolute Best Pork Buns In NY".. NY Mag,  "the borough's best dumplings" Edible Brooklyn, and "an homage to the neighborhood" NY Times,  and "Best Cheap Eats" The Food Network,  are some of the accolades he has received for his work at East Wind Snack Shop. 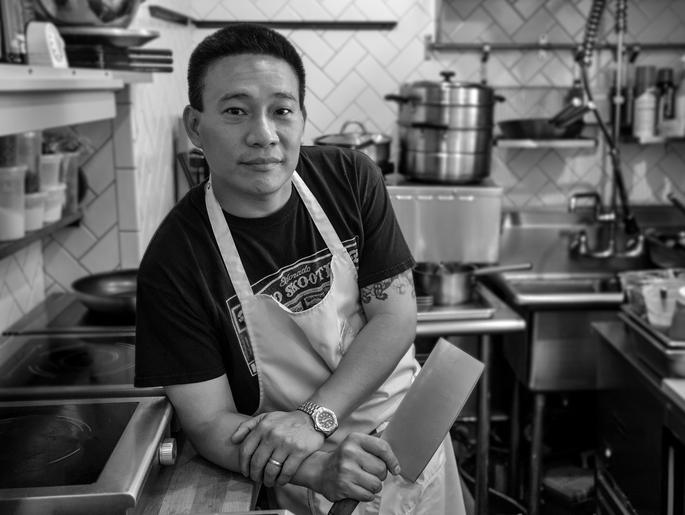 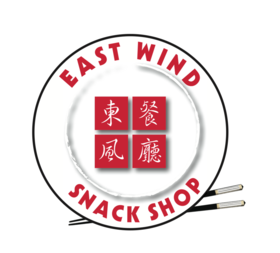 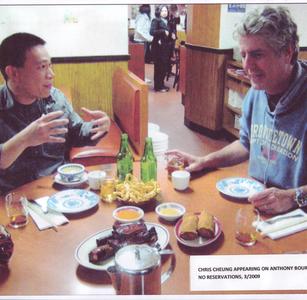 We are dedicated to excellent cooking and respecting quality ingredients.  We have limited quantities of our cooked to order menu, and when they are gone, well, there's always tomorrow . 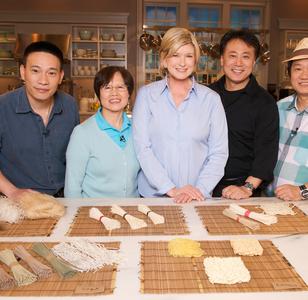